It’s Labor Day, I’m sure nobody’s going to be around, I should hold off on posting this, I know I should, but I JUST CAN’T STOP MYSELF.

Recently widowed after nearly fifty years of marriage, Gary Muldoon had given up on adventure. Then shaman Joanne Walker climbed into the back seat of his cab, and since then, Gary has trifled with gods, met mystics, slain zombies and ridden with the Wild Hunt.

But now he must leave Joanne’s side to face a battle only he can win. Because as their long battle against a dark magic-user races toward its climax, it becomes clear that it was not illness that took Annie’s life, but their enemy’s long and deadly touch.

Though lovers be lost, love shall not… 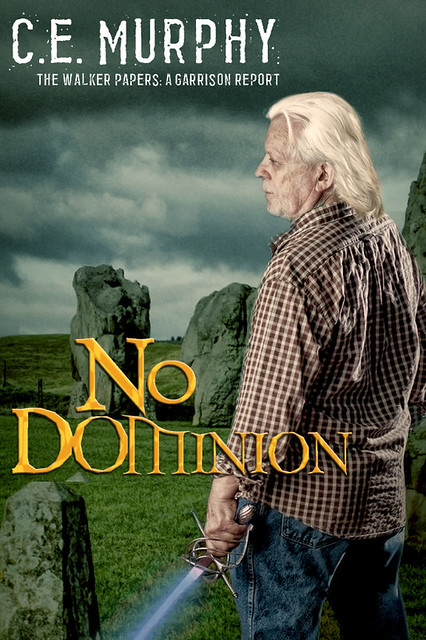 The NO DOMINION Kickstarter campaign will begin October 1st. Stay tuned for more details about rewards, incentives and buy-in amounts!