It’s been a long busy day here. I spent the morning working on (blessedly uncomplicated) line edits, and then went to the St. Patrick’s Day parade, where I watched just enough of the parade (ie, about 3 minutes) to determine that Military Kit was not amongst the army folk, and then I slipped away from the barrier and spent the next couple hours going up and down Patrick Street taking lots of pictures. A sampling: 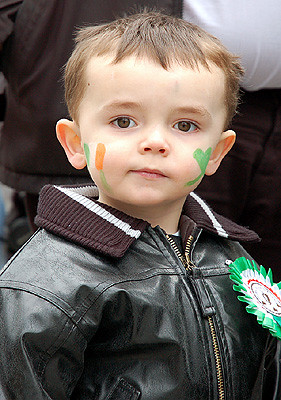 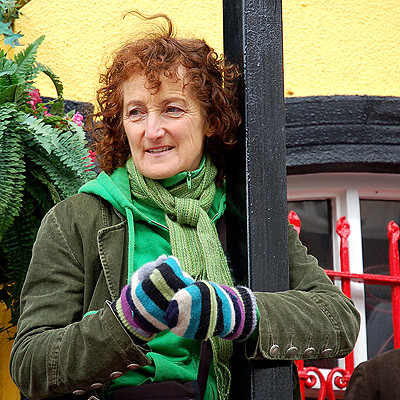 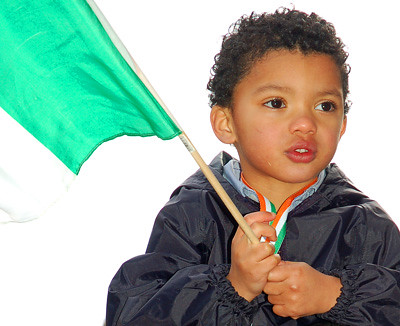 I took a picture of a guy with a microphone, who turned out to work for Cork96 FM, and who asked me where I was from, whether I was here just for St Patrick’s day, whether I liked Ireland once he learned I’d been living here a while, what I thought of the parade, and whether we had St. Paddy’s parades in Alaska. Then he sent me on my way with a gift bag from HMV, who must’ve been sponsoring the station being there, and so I came home with the Simpsons movie (er, anybody want it? because I don’t), Casino Royale, and Superman Returns on DVD. I thought that was rather worth what I paid for ‘em. :)

I’d intended to do more work when I came home, but I sort of spent several hours editing photos instead. And then I was weak, and created a flickr account instead of coping with managing my own photo gallery anymore. Maybe it’ll help me do photo posts regularly. Maybe it won’t. (Bet not, not until the books are done.) But yeah. It’s been a good day. I needed a good day.